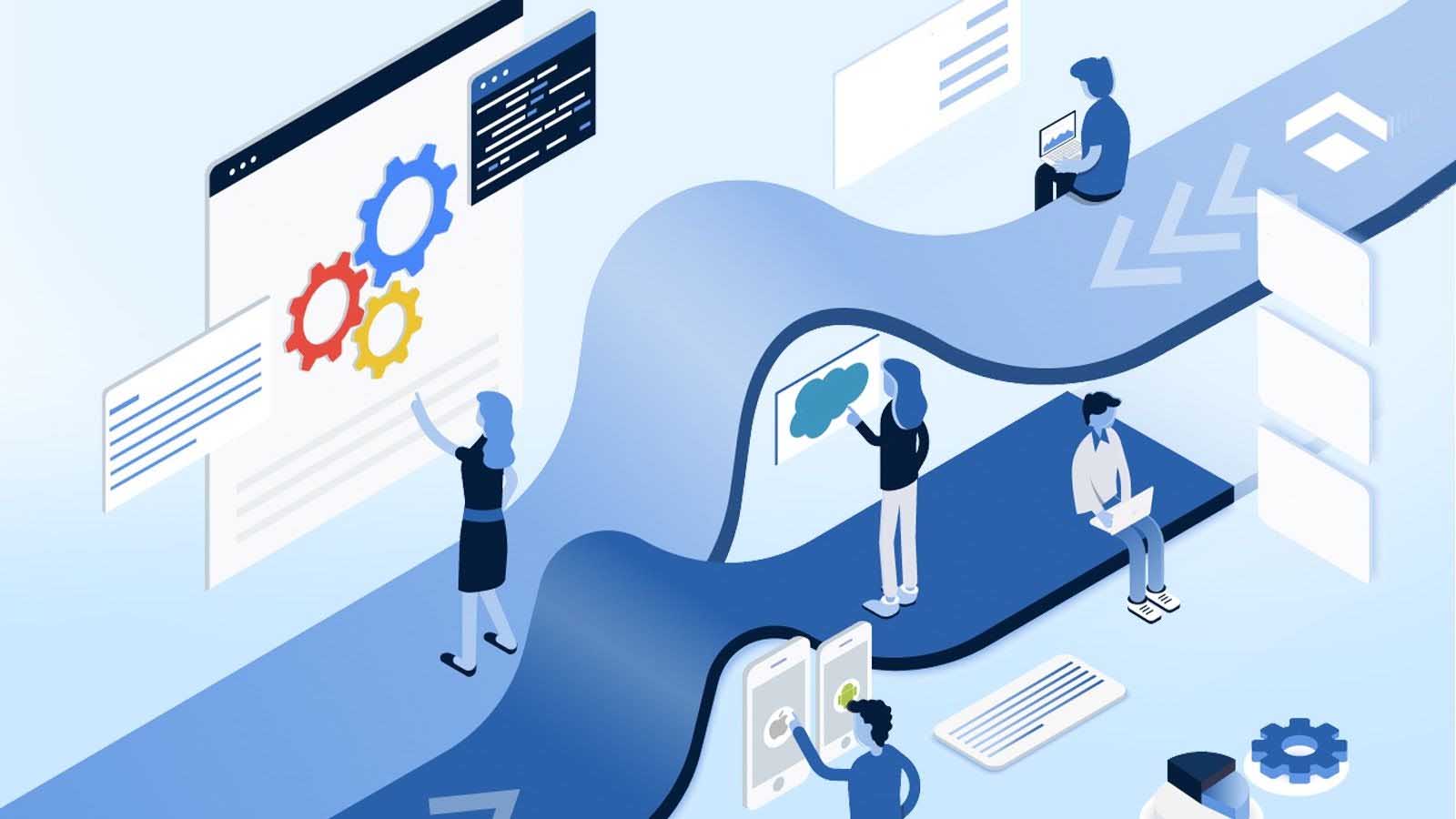 The benefits of test automation are apparent – faster feedback to your development team, more frequent test executions, increased code coverage, and faster, more frequent releases. And it’s these reasons and many others that shed light on why companies worldwide invest millions of dollars in test automation – to ensure that they are developing exceptional software!

However, the number of devices and platforms running that same business software isn’t static, rather, ever-increasing. Your software might depend on other platforms that your customers use to interact with your services and products. All the in-app software services are transitioning to “inter-app,” and because of this transition, your automation must account for the following paradigms when testing more complex software:

With the exponentially increasing number of interdependent and connected devices causing the software ecosystem to grow, it becomes more critical than ever to consider End-to-End (E2E) Test Automation for your operations.

The What & Why of E2E Testing

E2E testing is a technique used to test the whole software product from the start to the end, ensuring that it behaves as expected. While testing, it’s typically done it from the end user’s perspective by simulating the software in a real environment. E2E testing validates various dependencies and also checks data integrity and integration components.

Aside from better products, there are a number of growing drivers for adopting E2E testing:

Software systems today are complex and often span multiple platforms, and those go on to contain various software subsystems. And the entire software can crash if even just one of those subsystems were to fail. From the perspective of business-ready software, this alone should underline the importance of E2E testing – but it is far from the only factor.

Most modern software today allows various interactions between their subsystems. This added multiplatform complexity brings an elevated risk of failure; risks that can be avoided by adopting the following strategies:

There are ample use cases to apply E2E testing techniques that utilize the above strategies from a software development perspective. For instance, the very first step to develop an application begins with laying down the UI features and various UI interactions. E2E testing can simulate the entire data flow in these features to find out any bugs or dependencies early on. But we’ll get more into examples and use cases later. First, let’s tackle the most significant challenge at hand.

How do you automate the E2E testing scenarios across various platforms and layers in a seamless manner? That is the biggest challenge in E2E testing.

With increasing complexity and focus on interconnected software, the entire application ecosystem is composed of various independent subsystems. Such subsystems may be third-party or self-owned. While we all want to implement E2E test automation in our workflows, orchestrating the test automation across various platforms isn’t a job for an amateur.

It requires merging together capabilities and technologies like Artificial Intelligence and Robotic Process Automation. And when you combine these you get HyperAutomation, the answer to the biggest question in E2E testing.

According to Gartner, “HyperAutomation is an unavoidable market state in which organizations must rapidly identify and automate all possible business processes.”

Think of it as a bike versus a car. Sure, they can both take you to where you want to go, but the car will get you there much faster and more comfortably. Add in a little AI into the car, and suddenly you have a car that can take you to your destination with minimal input from you, safely and securely. That’s HyperAutomation.

You should already be aware of the complex behaviour that modern software systems can have. E2E testing such systems demand not only a variety of tools, but multiplatform E2E test automation requires orchestrating these tools in such a way to achieve the desired level of testing.

Multiplatform HyperAutomation is not an easy-to-implement methodology. It requires a unique approach, one that utilizes and balances the use of RPA, RTA (Robotic Test Automation), and AI to test any platform, ensuring maximum coverage. Not just that, in the end, a single report enables the agent to monitor the overall testing of the product. The entire process starts with making a wise selection of orchestrators to handle the multiple interfaces (self-built or 3rd party interfaces) within the product.

How to Combine RPA & RTA Concepts in 3 steps

Now that you have a better understanding of what HyperAuromation is,  let’s take a look at how it looks in application with a couple of real world use cases.

One of our clients, a large Canadian bank, required testing their E2E procedure of opening a chequing account. For example, let’s assume a customer goes to a bank to open a chequing account. The teller would open the account using their banking software (desktop). Once the transaction gets completed, the form is pushed automatically to an iPad, where the customer can eSign it. When the eSignature completes, the teller downloads the eForms. For the E2E testing purpose, the bot validates the forms against a golden eForm.

We then utilized an automation platform, in this instance, chose UXPLORE, to orchestrate interfaces across multiple platforms, quickly simplifying the requirement. Custom designed and developed client requirement oriented bots for downloading and comparing forms for complex scenarios like Form Download and Validation.

These bots were then integrated with our automation platform for E2E orchestration. For instance, the transaction bot marked the start of the process for opening a chequing account. Finally, after all, bots complete their tasks, we provide a consolidated report as opposed to multiple reports for each platform and tool.

Recently, we received a requirement from one of Canada’s leading IoT firms to test their infotainment application. The application incorporated a test for temperature control using a circular knob. The user turned a knob on the application, and as a response, the temperature changes. E2E testing was needed to analyze the behaviour of the IoT system for the correct response. 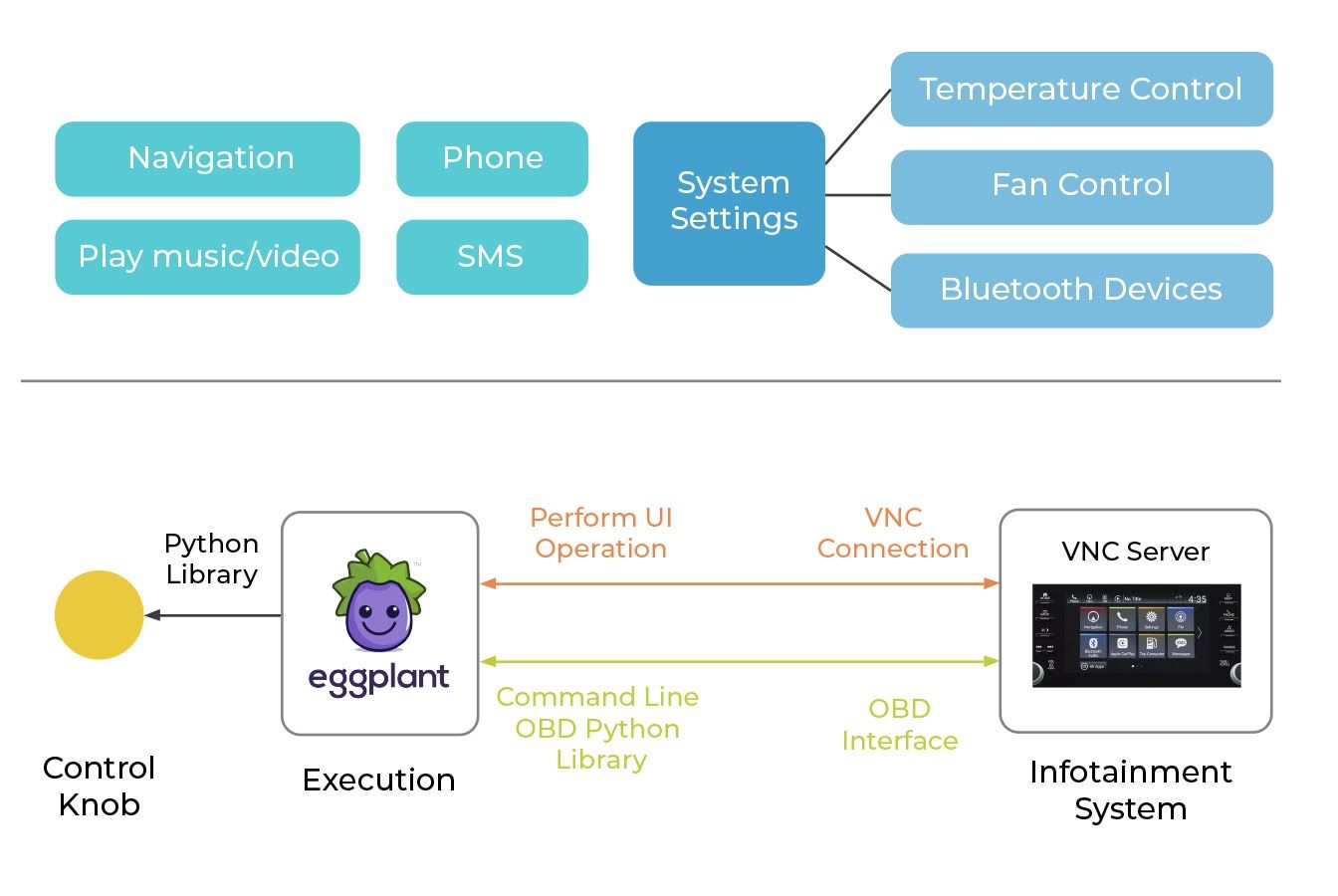 After assimilating and analyzing the requirements, the use case suited HyperAutomation using the Eggplant Functional tool as the chief orchestrator and Python libraries for OBD Interface and Control Knob.

To test a successful execution of the operation, we established a VNC connection using which we compared the actual output on the screen with the expected output as the visible test result.

For posterity and thoroughness, we validated the information through the OBD interface to report on the screen for real-world testing. The final attestation was performed for the end-to-end process by simulating the condition in real life.

It is often said that necessity is the mother of all inventions, and overcoming the bottleneck E2E testing creates in the process of software deployment is definitely of pressing concern. That is because the world (and the systems that power it) is growing more complex, and we must abandon traditional methods of testing that no longer serve us. As should be clear from the information above, HyperAutomation is the solution to the most significant challenge facing E2E testing. And as this type of testing is no longer optional to handle the growing complexity of our environments, we anticipate that HyperAutomation is going to grow in not just popularity, but necessity. 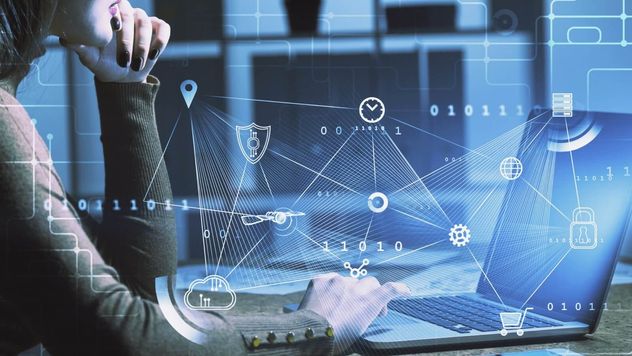 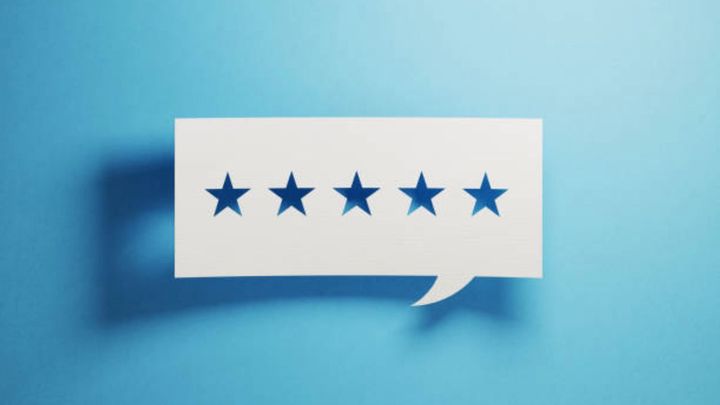 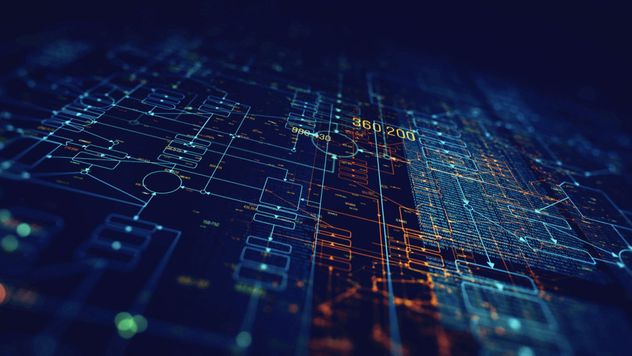 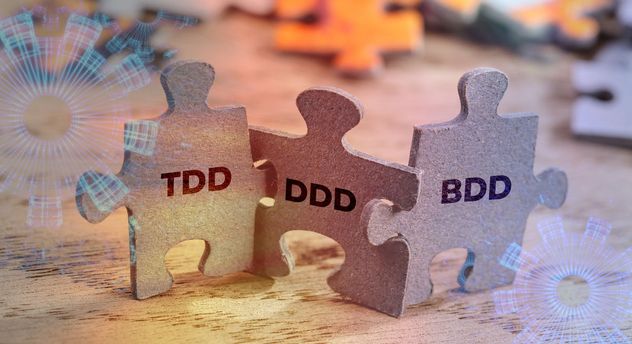